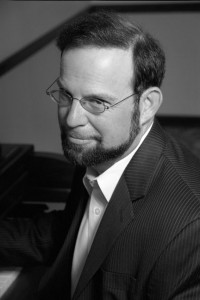 Of course, they’re forecasting torrential rain tomorrow. Just when I’ve got my first gig since July. Tomorrow night is my latest return engagement at The Cornelia Street Café in Greenwich Village. I’ll be doing a set of my own songs at 6:30pm with a little teaser at about 6:15pm for anyone who gets there after we do our sound check. The prognosticators of precipitation are predicting that most of the deluge will occur during the daytime. Hopefully it’ll be somewhat dry by the time any of you may venture forth to hear me play. And I’ll be dry at least until my set is done.

If you’re curious as to what this lawyer’s songs are like and how and why I go about writing them, you’ll have to check out the blog post on the Cornelia Street site, which, of course links you to their earlier interview with me from my last outing in July. So this is kind of a meta–blog post of a quasi-meta-blog post, if you will. And while my lawyerly paranoia always makes me feel like I’ll be playing to a room where my audience consists solely of the Cornelia Street staff, it hasn’t happened yet and people in addition to my friends and relatives usually have a good time. We certainly do up on the bandstand.

And while I’m grateful for the recognition of my talents as an attorney and teacher, anyone who writes and performs his own music wants to be appreciated as an artist as well. So, come on down tomorrow if you can or tell your New York friends to check it out. My dear friend, Cathy Thorpe, will be sharing the stage with me, singing the girl’s tunes as my soprano ain’t what it used to be. And Jerry DeVore and John Bishop are a great rhythm section on bass and drums, respectively. And I’ve been told that tomorrow is the anniversary of President Ford signing the Copyright Act of 1976, our current copyright law, which makes for a truly auspicious occasion.

And please also check out my prior posts as well, leave a comment in the box below and maybe even take my copyright quiz. It’s fun, free and you might learn something. And now, back to the woodshed…. 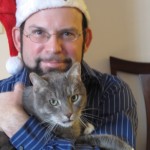